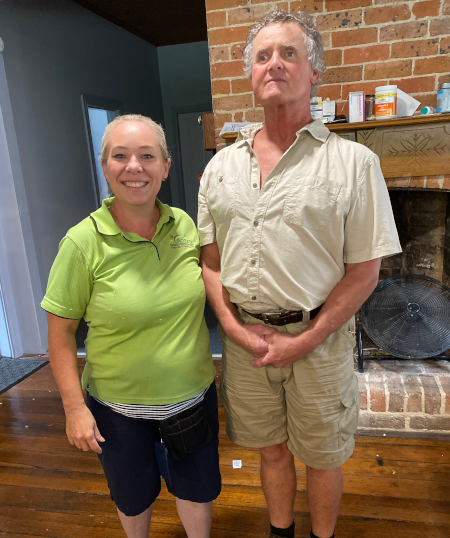 Michael has a degenerative eye disorder that has caused him to lose his eyesight very quickly. He decided to seek support after he was no longer able to work. Originally he was with another company who brokered to their services to Accuro Homecare but when his NDIS package came through he decided to go direct to Accuro as he knew and liked the Direct Support Workers performing his services.

Since 2014, Michael has been receiving social support, transport, domestic support and shopping services from Accuro.

Michael says "I enjoy going out and being able to do different things. Without it, I would be home all the time." About our Support Workers, Michael adds "I've had some lovely ones over the years. Rebecca is like a friend. Paola, I've known for years and is fantastic. Nicole (pictured) is great and I enjoy her company."

While at home, Michael keeps himself busy listening to audiobooks and CD's.